This urban square design, realised by Tessera (co-founded by Boulanger and Manolopoulou), is based on the idea of a public space that has the spatiality of a forest. 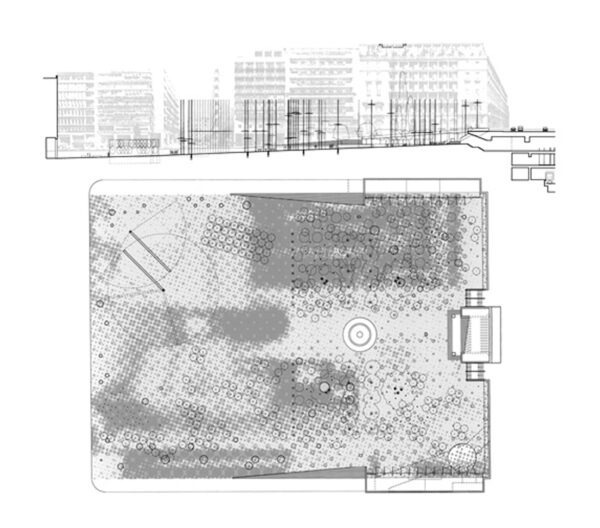 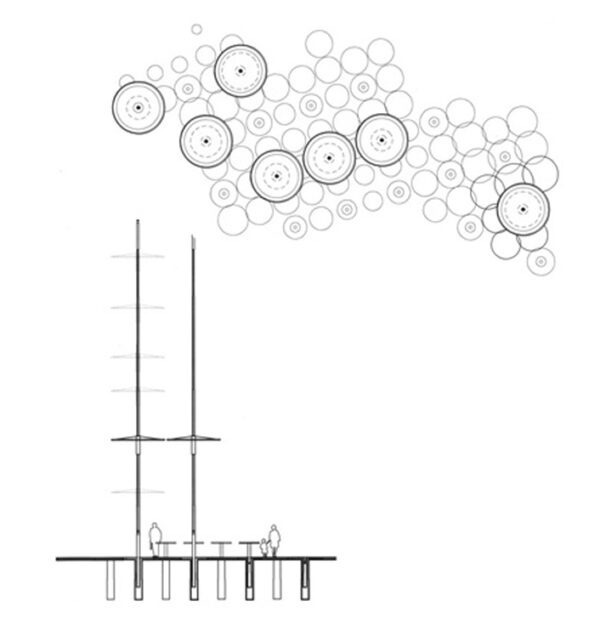 A set of flexible poles with their attachments (shading disks, lights and flags) are flexibly arranged on the square according to occasion, season and time of day. Thickets and clearings of this allegorical forest continually change to give different use and character  to the public space. The texture of the square floor is designed from a re-known film still of a typical living room in Greek everyday life. 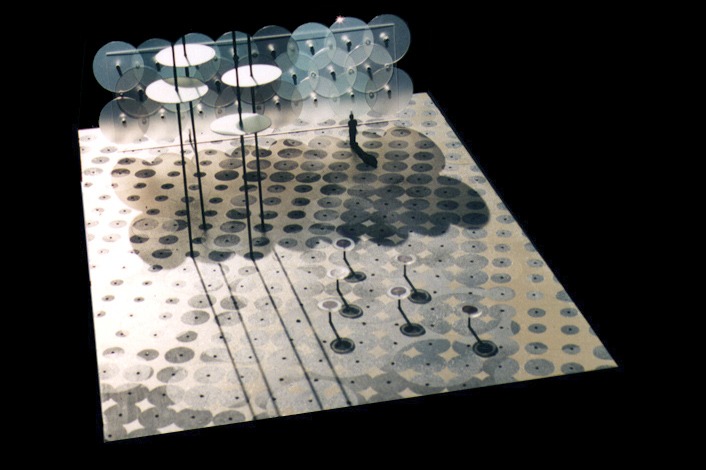 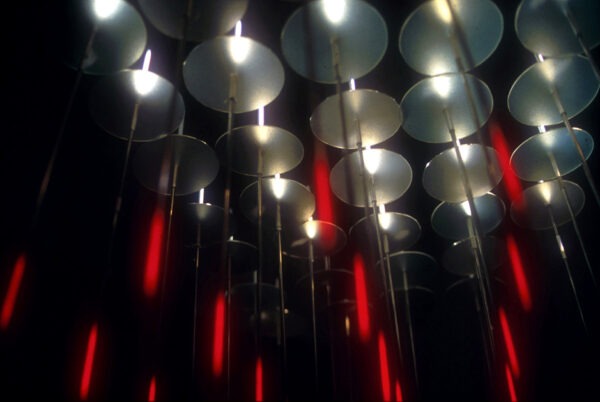 ‘The architectural use of the image adds meaning and formal density to the traditional design tools of the plan and grid… circular dots… define the network of sockets for the positioning of poles. The seemingly accidental dense or sparse groupings of the dots compose a view of an ‘Athenian living-room’, an anonymous film still from the Greek cinema. This image carries a symbolic interpretation of Syntagma Square as a city-room for everyday use, but also for display and celebration of important circumstances. The view of the whole of the image is only possible from adequate height, or from panoramic views in postcards. The shifting of the poles on the surface of the square, as well as the vertical raising or lowering of the disk-like hats leads to the deceptive fluctuation of the dots. The three-dimensional fluctuation, reinforced by the shadows cast by the hats in the day and their transformation into luminous disks in the night, generates an added noise to the image.’ 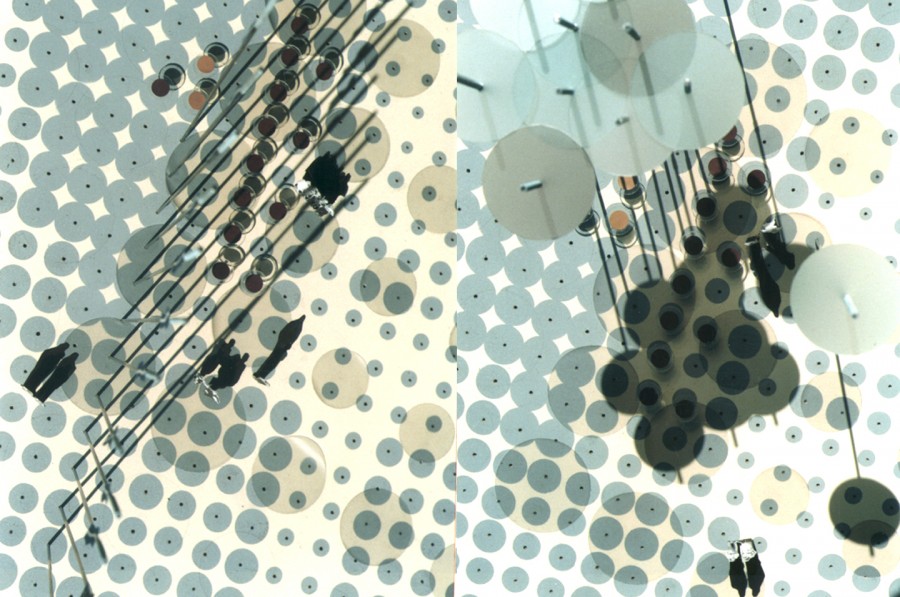 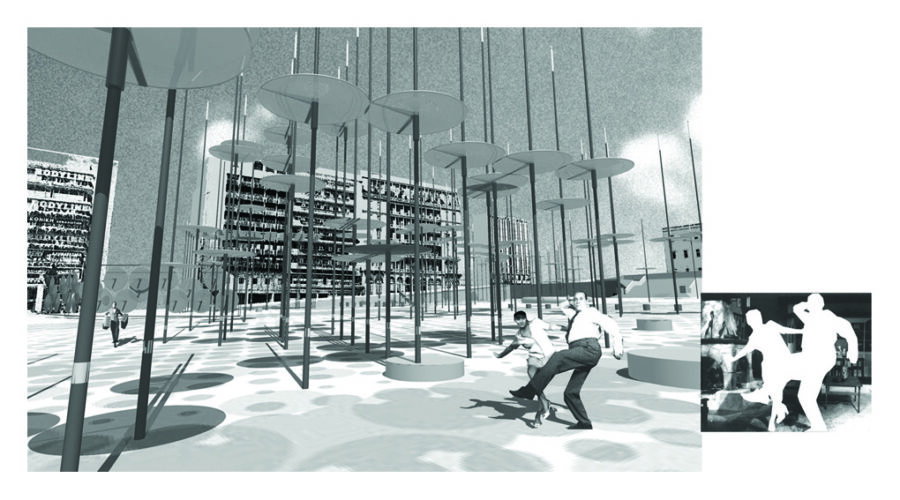 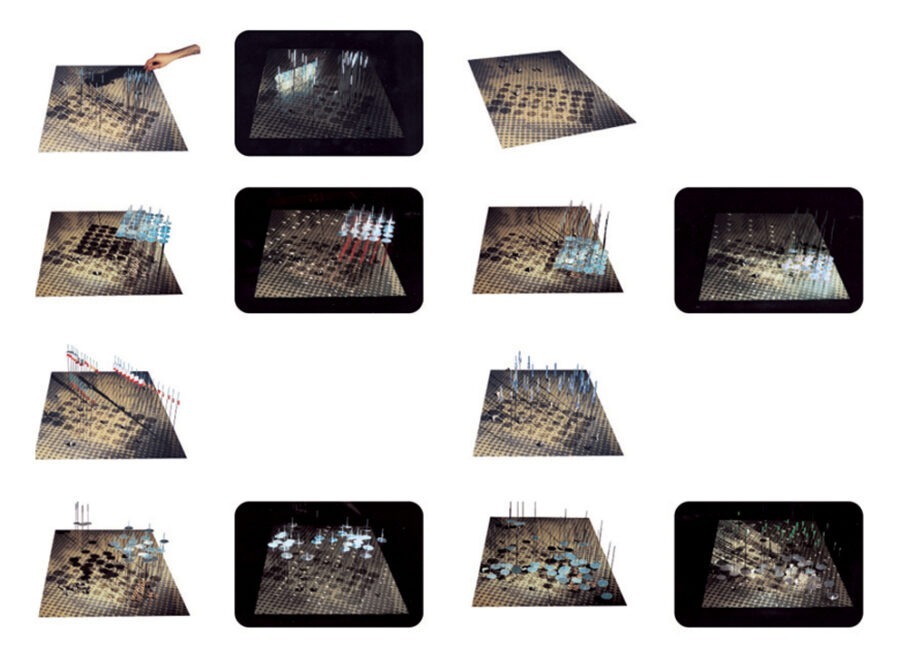