The design is a three-dimensional patterned screen inspired by the herringbone stitch, commonly used in men’s tailoring (as part of the Moss Bros brand) and also a common pattern and motif in architecture.

Made from thin CNC routed plywood with a white washed finish, the screen attempts to emulate the practice of folding and pleating of tailored fabric. Inspiration for the design was also taken from the monumental neoclassical building front onto Regent Street, the symmetry of the arch which frames the windows and the expressive horizontal stonework of the facade. We wanted the installation to be both read on an urban scale, in dialogue with the context of the street, and on a more intimate scale in relation to the body, luring the passer-by into the shop to experience it from the inside. 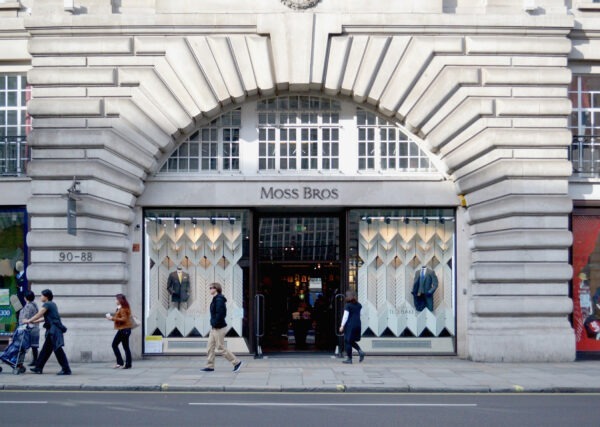 The piece is a free standing screen made from a flat-pack, modular and interlocking system, which was partly a response to the constraint of not being allowed to fix into anything within the window area. There are no nails or screws as part of the assembly. Bracing the screen together and giving it stability is achieved by carefully designed black and yellow laser-cut perspex jointing pieces. 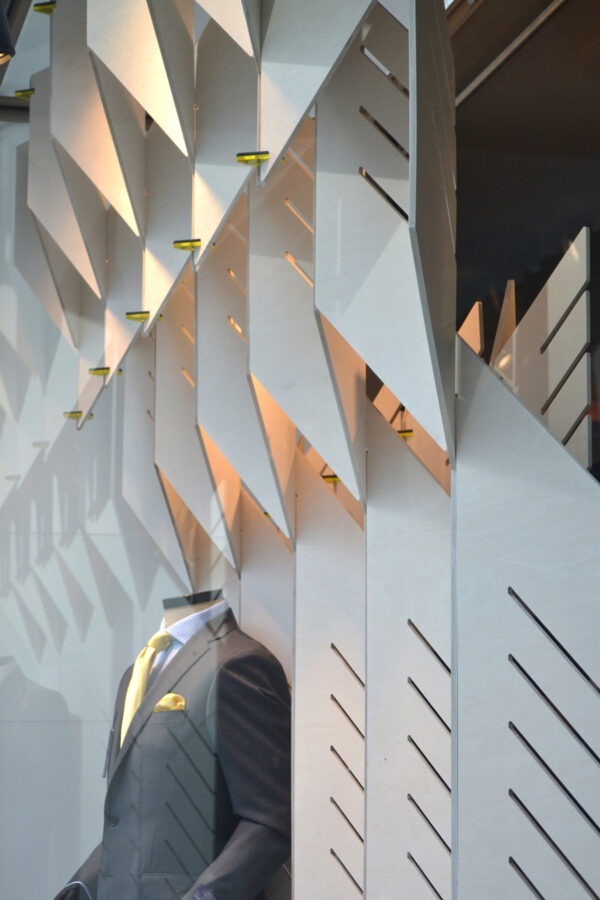 The workshop facilities of Grymsdyke Farm in Buckinghamshire were used for the fabrication and to make a 1-to-1 mock up to test the system before installation. 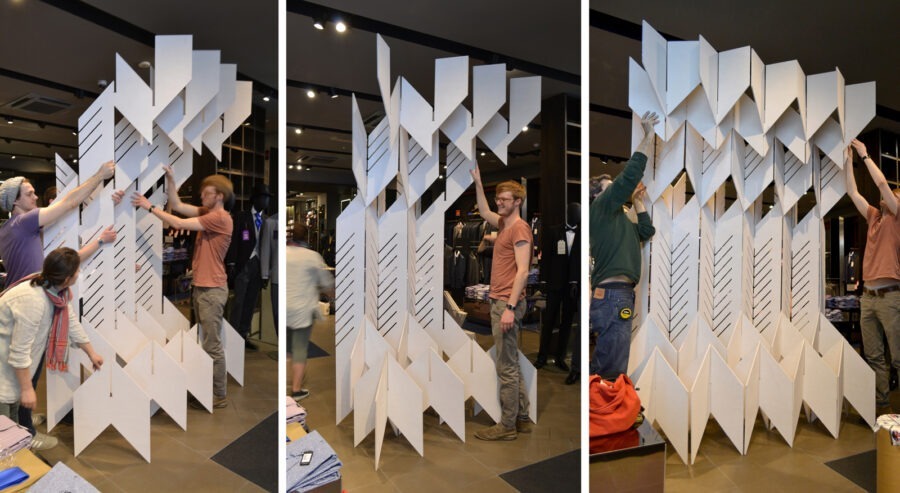 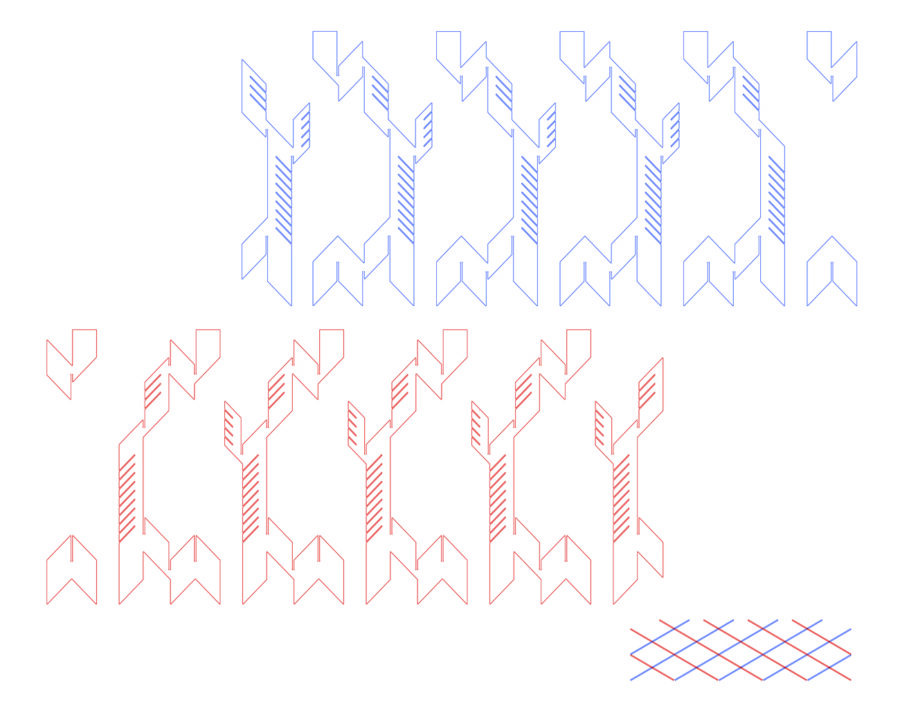 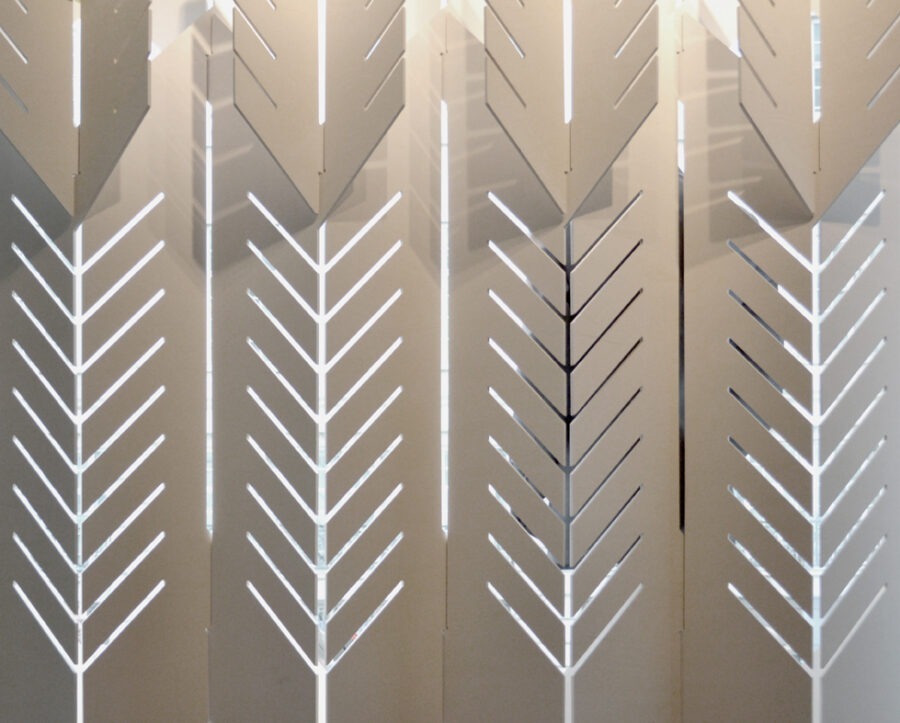 From more information you can access the the videos and interviews by Dezeen and the World Architecture News Today. 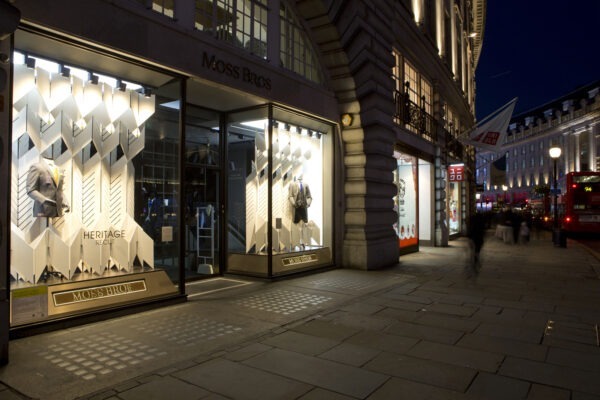 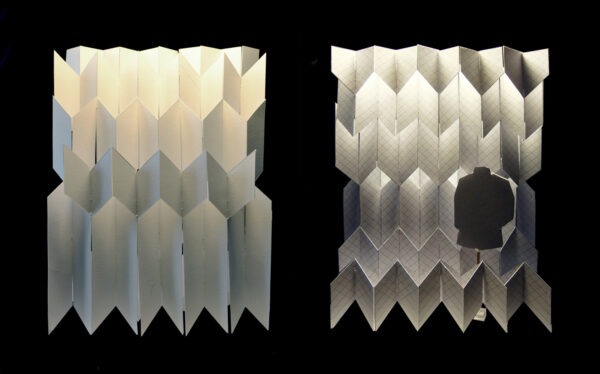