‘Athens-Scape: The 2004 Olympics and the Metabolism of the City’ was a major exhibition associated with the 2004 Athens Games. It was commissioned by the Hellenic Ministry of Culture – General Secretariat for the Olympic Games – to explore the transformation of contemporary Athens in the built up to the Olympics.

The exhibition was organised in three interlinked installations in the Florence Hall, Galleries 1 and 2 of the RIBA Headquarters in London. The installations displayed new regeneration proposals, signature buildings, competition entries, infrastructure and streetscape projects in relation to Athens’s regeneration. The aim was to show how the city entered a phase of accelerated building activity, transforming the cityscape, landscape and mindscape of contemporary Athens for the Olympics and beyond. 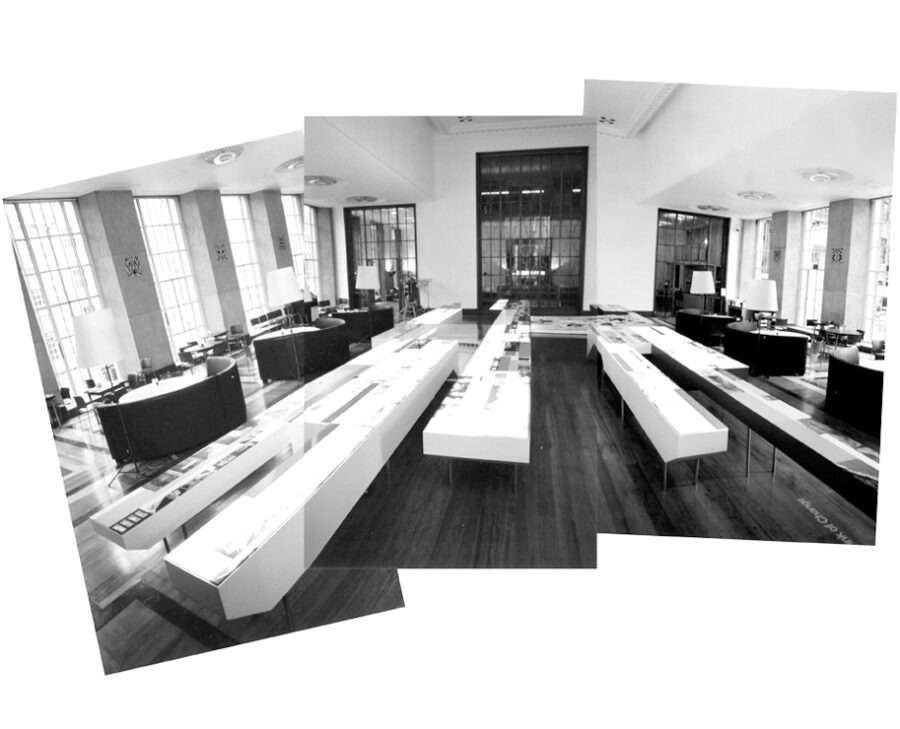 Our design created spatial analogies between the space of the galleries and the Athenian topography. It strengthened the visual links between the three RIBA galleries with the imposing window of the building set between the main entrance and the Florence Hall playing a key role. The window filtered views between the galleries and defined the module of the individual pieces constructed for the Florence Hall. Its reflection onto the floor of the Florence Hall marked the location of a large horizontal surface at table height that described and animated an aerial view of Athens’ topography with its new projects. From the balcony of Gallery 2 an anamorphic overlay of this surface aligned with the grid of the RIBA’s central large window. 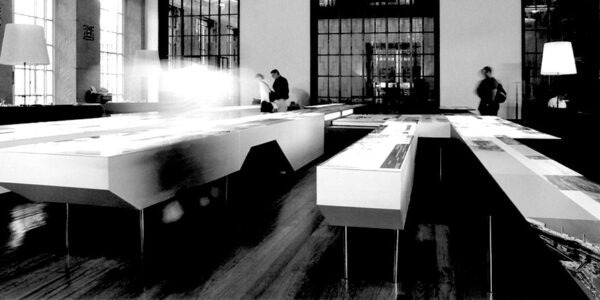 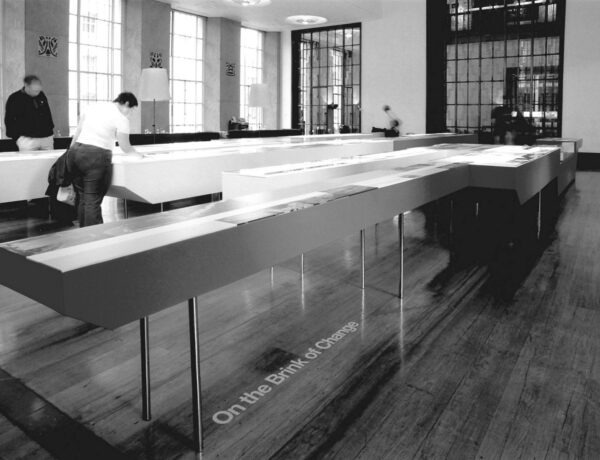 The exhibited material of the Olympic Sports Venues in Gallery 1 was presented as a back-lit audiovisual piece, animated around a hovering track. The installations was inspired by the figure and function of the traditional athletics stadium. 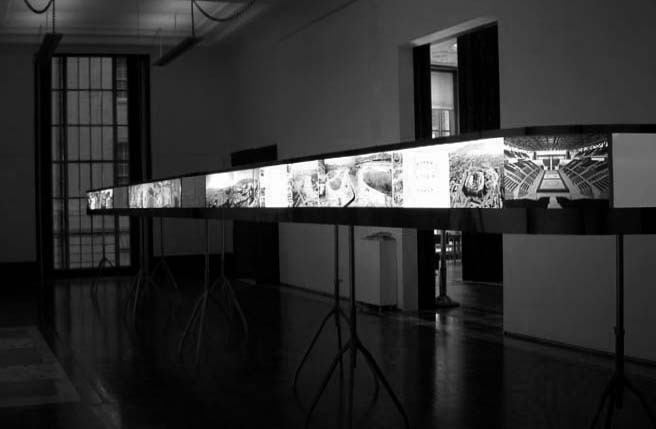 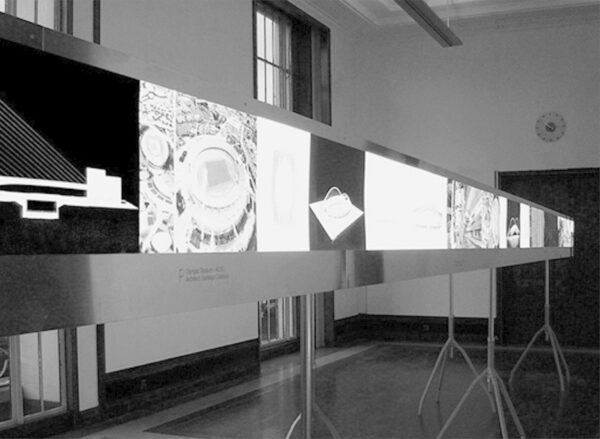 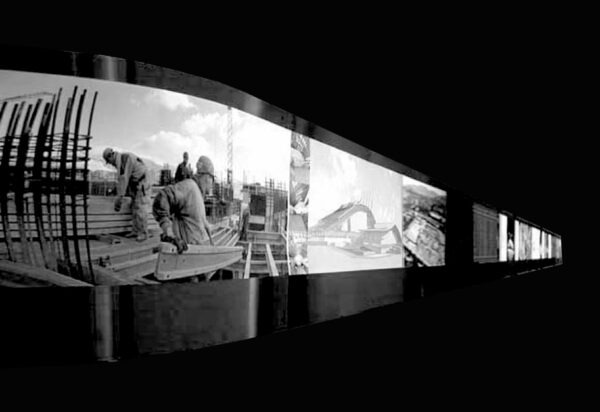 Athens-Scape was designed by Tessera (the practice run by Anthony Boulanger and Yeoryia Manolopoulou in collaboration with Penelope Haralambidou and Eduardo Rosa between 1999 and 2003). The films were produced by Souli Spiropoulou.