Just after the start of the 2008 financial crisis, we had the opportunity to create a proposal for the temporary enhancement of inactive constructions site in the City of London, starting from the stalled construction site of the tower at 122 Leadenhall Street, designed by Rogers Stirk Harbour + Partners. The project developed in response to an invited competition set by British Land and organised by New London Architecture.

Our proposal resists the idea that we need more design ‘icons’ and questions the overemphasis on the vertical axis of the City of London. The main concern is what the City has neglected and what it needs the most: a better ground and public space. 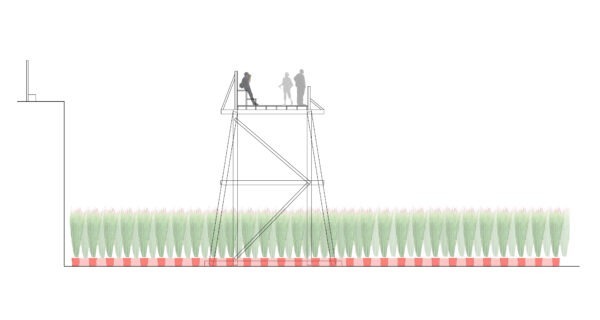 There are two main interventions: a landscape of planted pots at basement level and an arrangement of public boardwalks at street level. The ambition is that new adaptable and expandable pedestrian connections along with enhanced planted sites will inject social bio-diverse environments into the City. 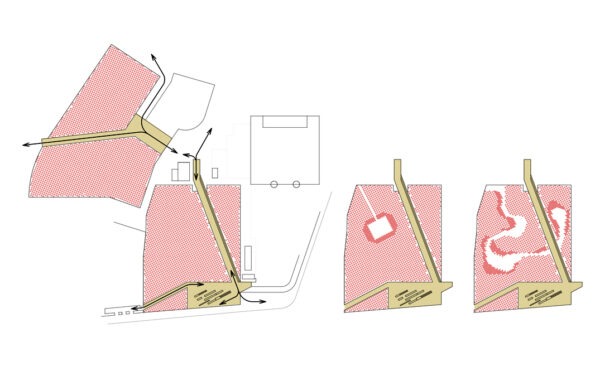 The result is an inexpensive demountable system that can be applied to other unused or stalled building site.

A small pedestrian square is created at street level onto Leadenhall Street, directly opposite Lloyds of London, tying into the lower square of St Mary Axe. A new elevated pedestrian route crosses the site and could extent into the stalled building site of Bishopsgate Tower (‘The Pinnacle’). 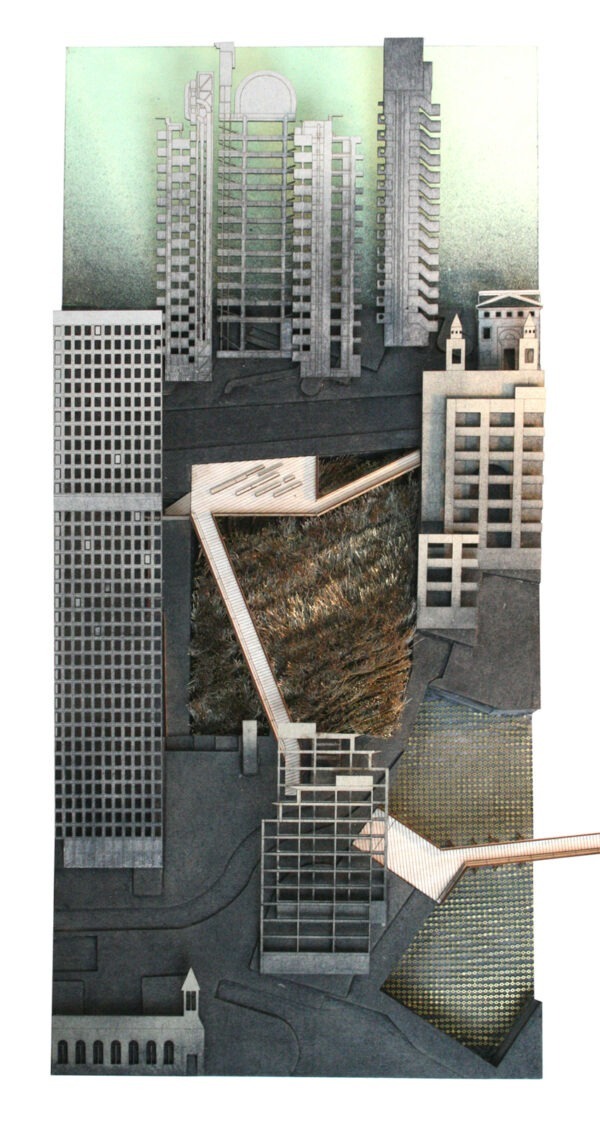 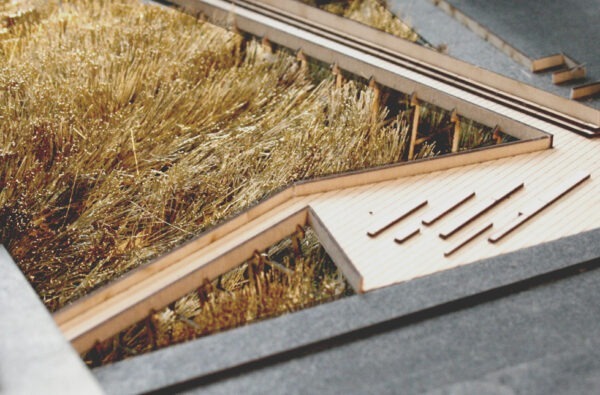 Dense planting would be achieved with a 1m grid of 2500 plants placed on basement level of the site. Spacing and density of pots would be adapted to allow for informal performances, events of the City of London Festival, or lunchtime concerts. A seasonal transformation would be made by the field of plants, experienced from the surrounding streets and offices above as a 3D pixilated blanket. The perennial plants would bloom into a bushy meadow in summer.

For a short period of time the scheme would have provided an opportunity to experience the 122 Leadenhall site in an entirely different way. Once construction would resume, it would extend and transform other locations in the City of London. 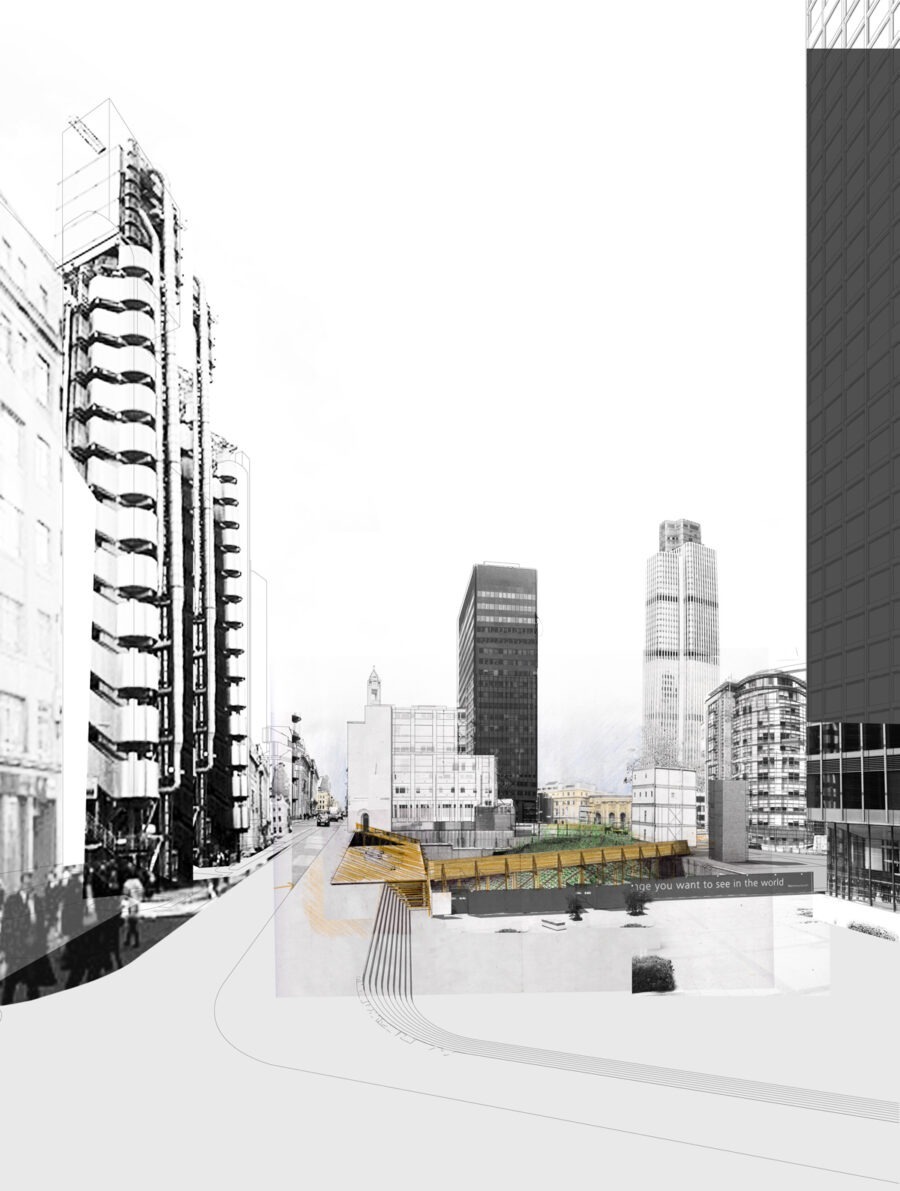