Aurora was a temporary installation erected in Victoria Park as part of the Mayor of London’s ‘Wonder – Incredible Installations’ of the City Dressing Programme for the 2012 Olympic Games. The design is comprised of 1500 hula hoops, suggestive of the interlocking Olympic rings, all connected together and hung between a grouping of trees to perform as a chill-out space adjacent to BT Live staged events for the duration of the Olympics.

The parametrically designed form creates a shifting and undulating wave-like structure that is dramatically lit with a changing scheme of interactive lighting at night. Aurora transforms the plastic hula hoop from a mundane everyday toy into playful illuminated canopy.

As part of the Olympic programme, the legacy of the project was a key consideration with the hoops being donated between a number of charities in both London and further afield.

Designed with University of Westminster Diploma Studio 16 Students and project managed by AY Architects. Students were involved in the physical making of the project, directing the prefabrication of the structure in collaboration with local manufacturers and leading the installation on site. 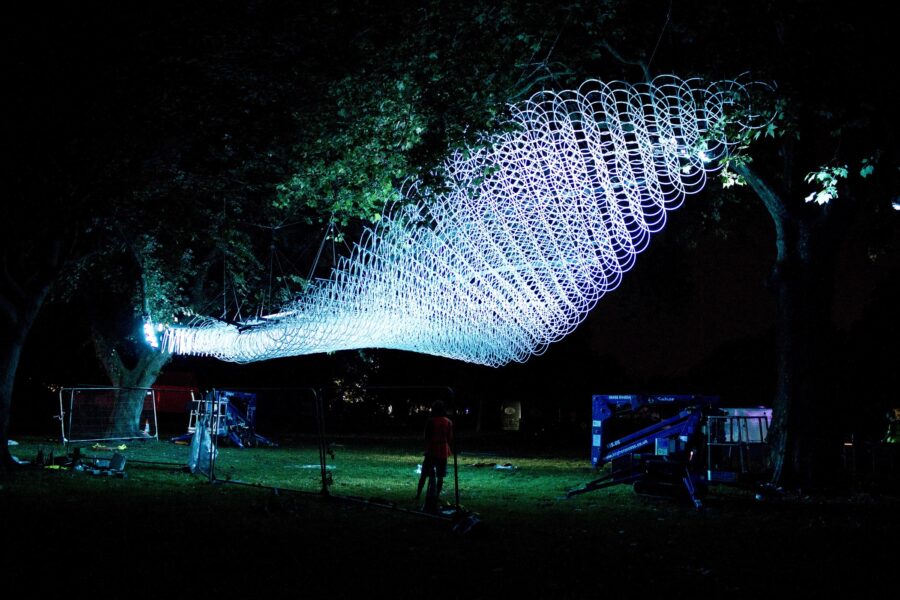 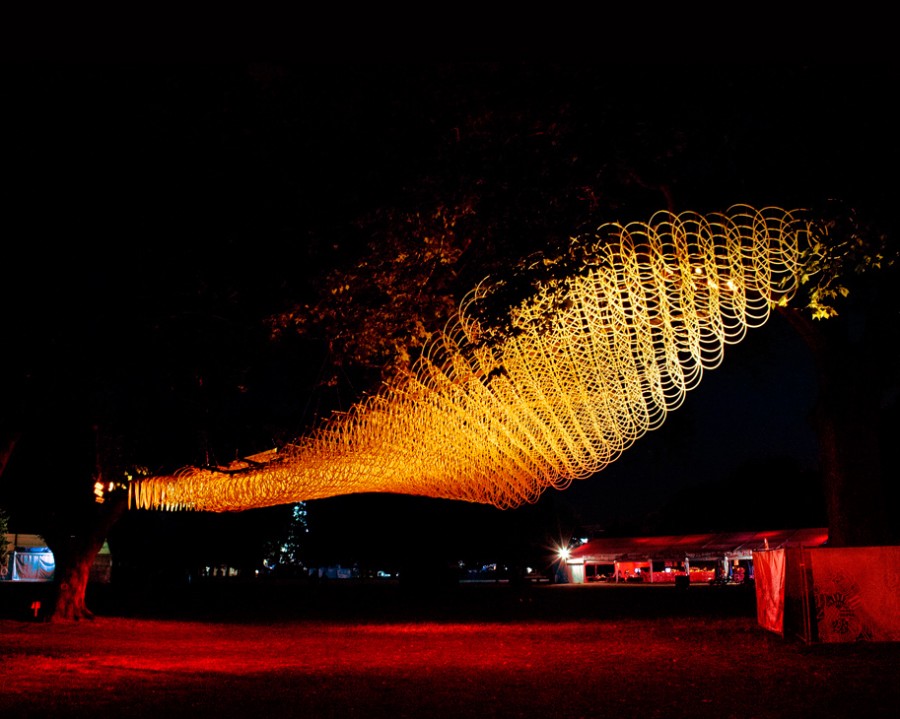 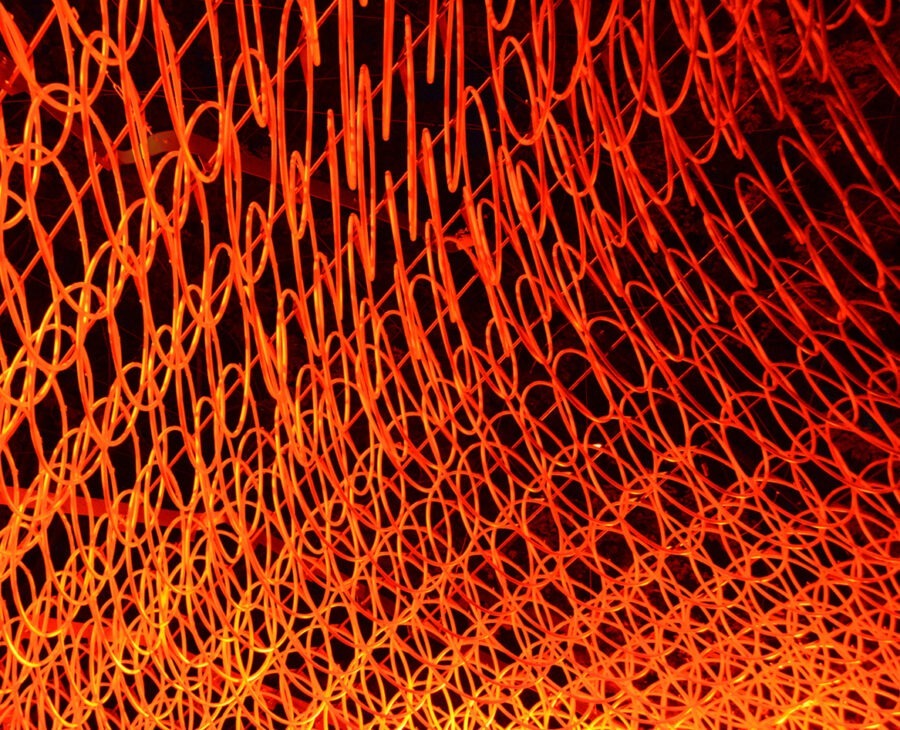