A two-stage open competition for a 24 classroom primary school with Special Needs Unit and extensive sport and outdoor facilities in Dublin.

The school building is proposed as a sensual construction of earth rooms, terraces and treetops. The scheme is centered on the idea of a visually permeable school that makes the environment an essential part of its life.

At the heart of the project is an elevated terraced landscape that flows through the entire site, cascading from north to south. Two interconnected terraces mediate between earth and sky, treetops and canal, neighborhood and school. They maximize creative, social and physical outdoor school life within the confines of a compact urban site.

The school unfolds legibly around this landscape, making meaningful connections with the city around it. The terraces are joined by long stepped seating, facing south to the Grand Canal. Classrooms are generally positioned above the horizon in two main wings, where a world of sky, foliage and rooftops unravels. Common general purpose areas are placed below the terraces to have direct access to the street and surrounding community. 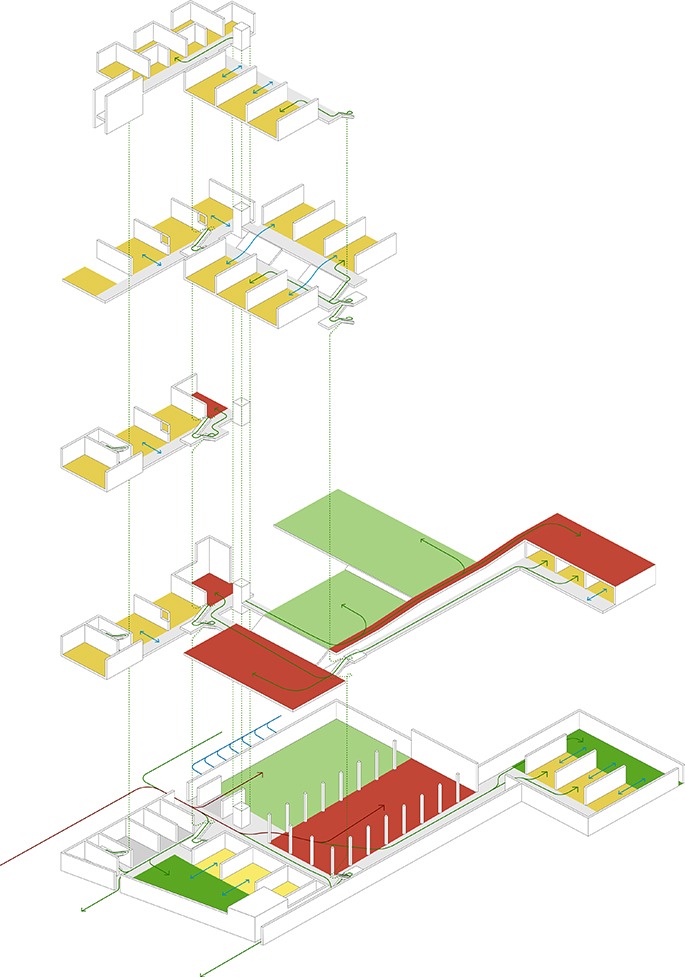 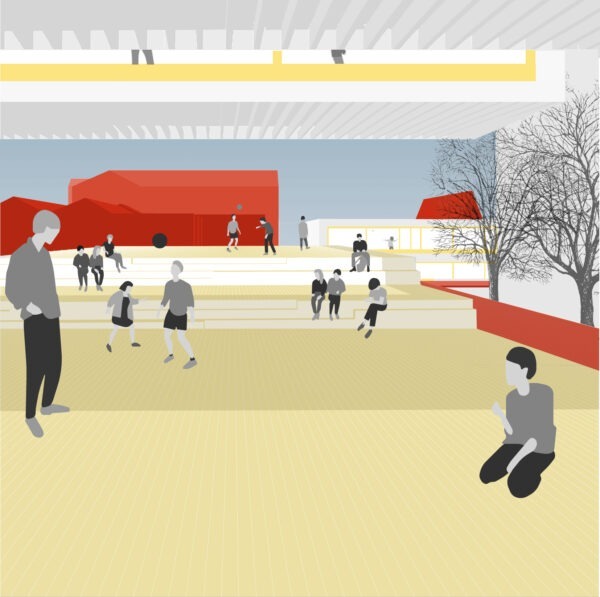 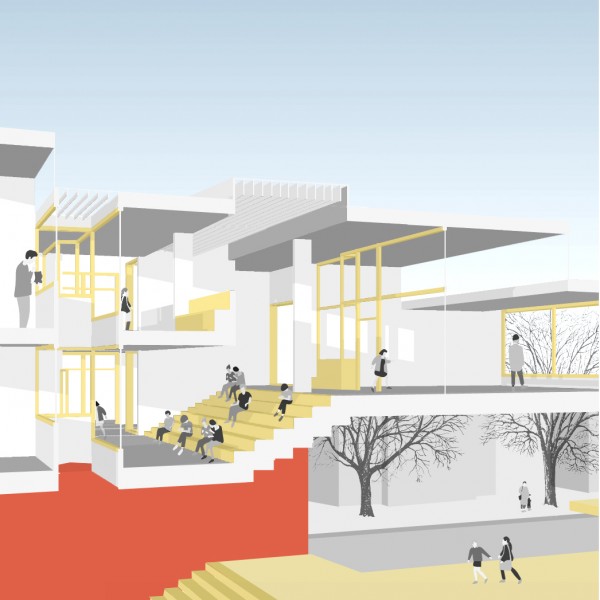 The long stepped seating area between the two terraces is a key linking component of the school that repeats on the lower and upper levels, taking two distinct spatial forms. At ground floor level it becomes the open core of the building; an airy double height common zone at the crossroads of the school. On 3rd and 4th floor levels it echoes the external cascading landscape below, connecting internally the three staggered year group classrooms. This generous stepped interior space becomes ideal for social interaction and innovative teaching opportunities across the different year groups. 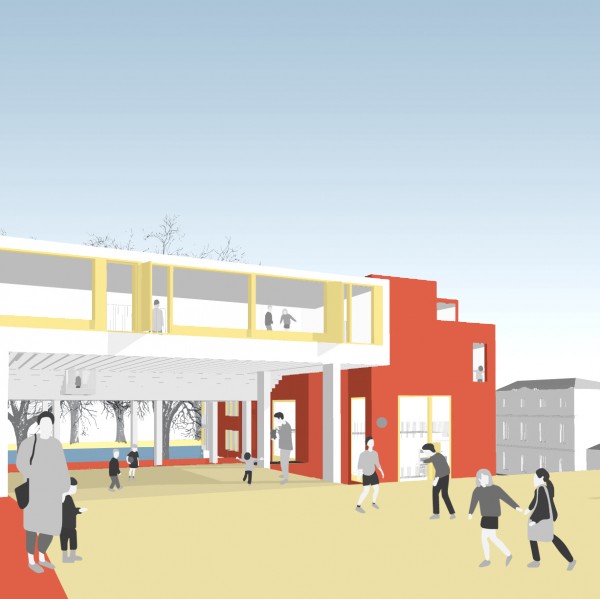 The second main wing of the school fronts Harcourt Terrace and runs perpendicular to the double classroom wing facing the Grand Canal. It is set back from the street, responding to the urban context with a distinct definition of the corner at Charlemount Place. A clear void is created between the common areas of the school at ground floor and podium levels and the wing of the building on Harcourt Terrace. The void defines the junction between the two wings and is the main point of vertical circulation. As a gradual vertical cut, it provides visual connections across the school site, starting from the entrance on the ground floor and ascending to podium level through to the stepped soffit of the elevated wing. This spatial cut gives legibility of the school’s activities, while creating varying conditions for daylight, ventilation and views to the surroundings. 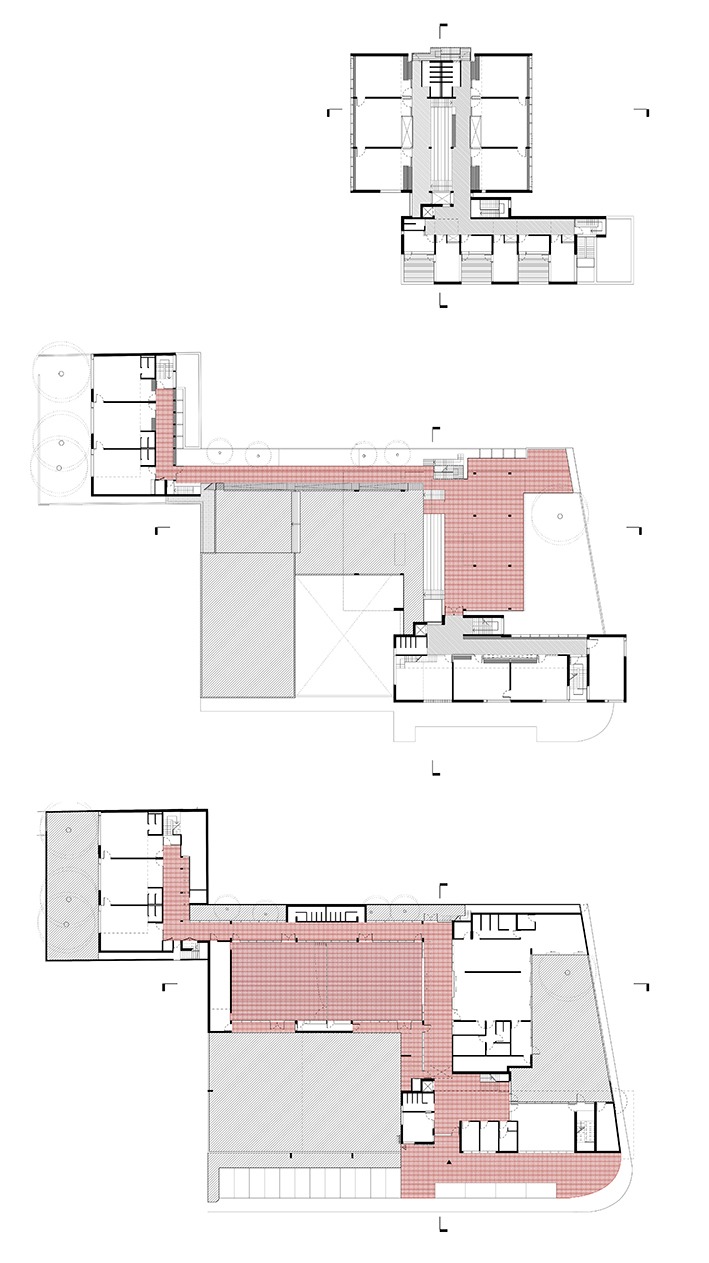 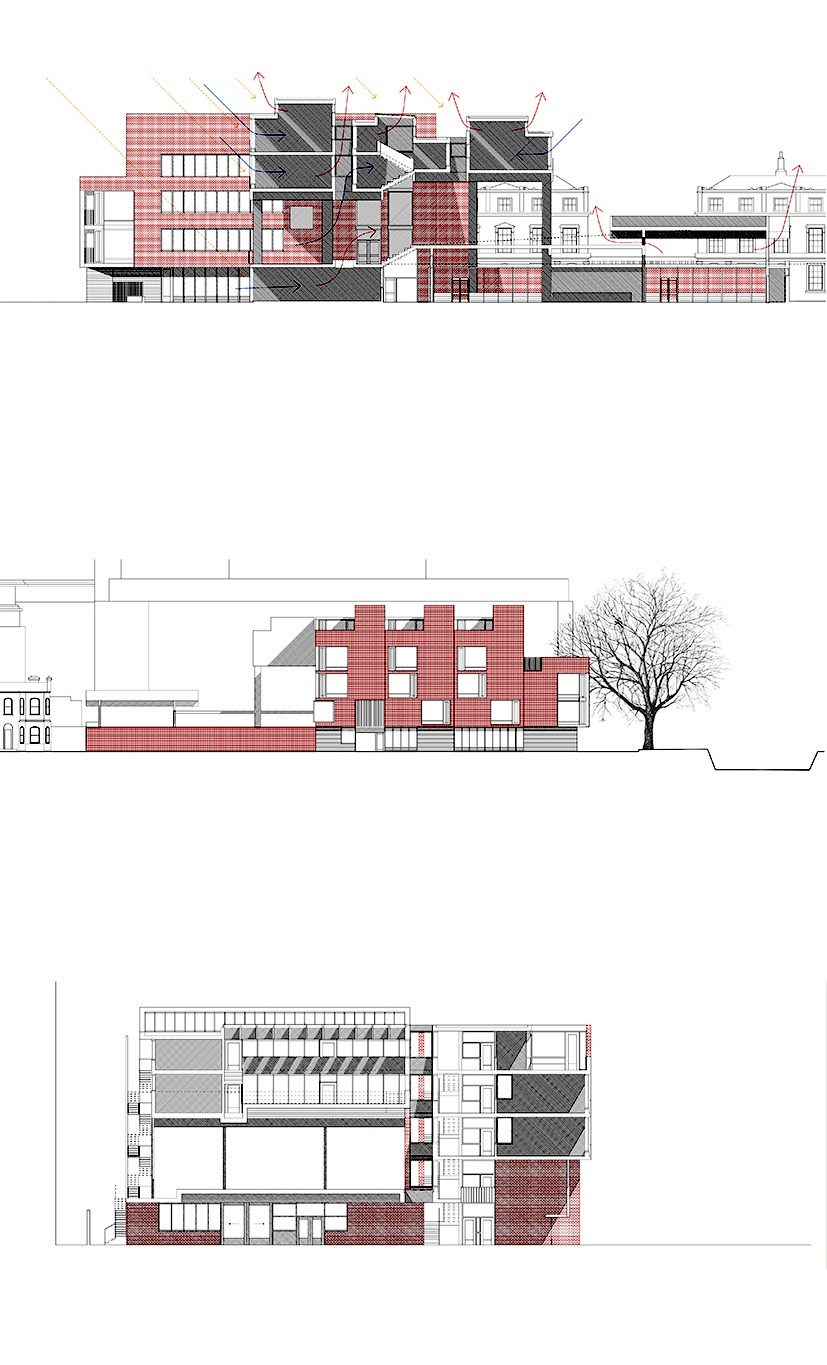