The FIX Brewery, currently housing the National Museum of Contemporary Art (EMST) in Greece, was designed by the distinguished architect Takis Zeniths in 1957. The building stood as an exemplary piece of modern architecture and a dynamic landmark in the centre of Athens for decades until the ruthless demolition of almost half of its mass in the 1990s. 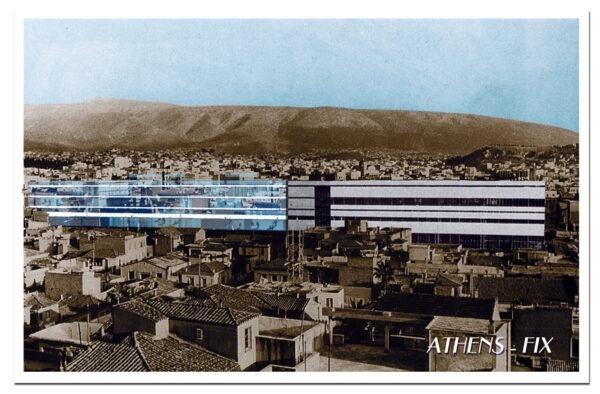 Our project is conceived as an urban apparition: a ‘ghost image’ of the lost building. A new screen-building is proposed to record and relay past events, functioning as a physical repository of the city’s memories.

The proposed building aims to act as a gallery extension of the current Museum, a kind of vertical urban square open to the public.

Re-tracings of the original two long elevations are merged to create a thin diaphanous structure. Like an instrument of optical survey, the new building will draw on its entire skin the view of the void that was once occupied by Zenetos’ original building. The concrete and glass zones of Zenetos’ design will be translated into strips of sweeping electronic images. 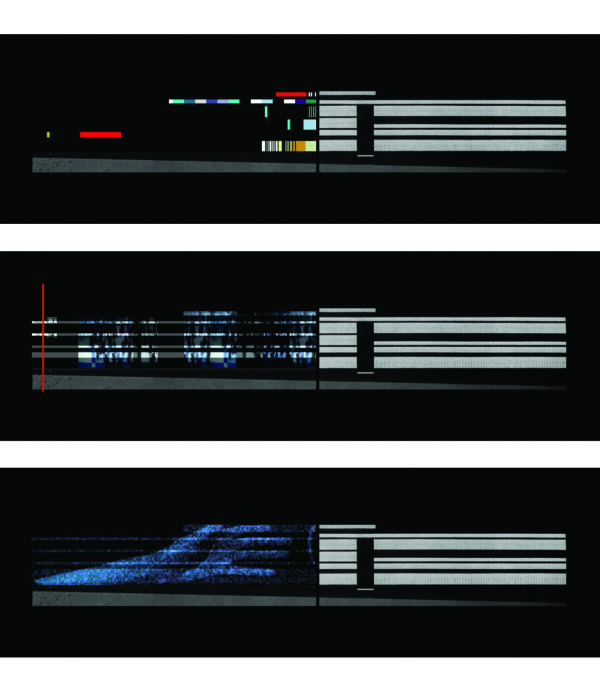 A broadcast of the full-scale plan of the remaining empty plot will be ‘projected’ to create an inhabitable elevation on the screen building. Visitors will wonder in its narrow ramps and decks and influence the electronic images projected on the facades. Recordings of a camera sliding on the handrail of the top deck may be interrupted by the coincidental touch of the visitors’  hands. 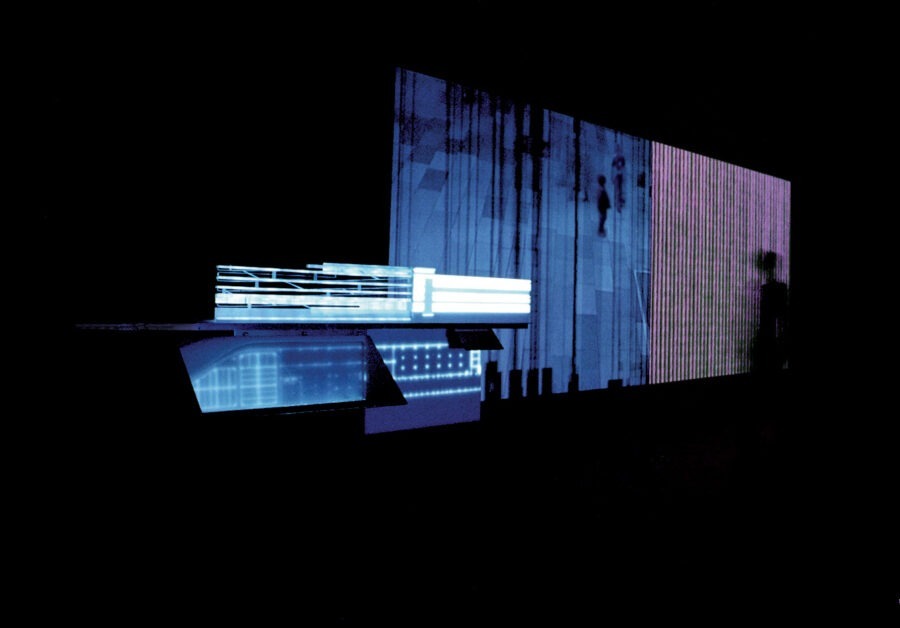 The project was designed by Tessera (co-founded by Boulanger and Manolopoulou with Eduardo Rosa and Penelope Haralambidou) and installed at the FIX building itself for the international architectural exhibition ‘Big Brother: Architecture and Surveillance’ in 2002.

The work was commissioned by the National Museum of Contemporary Art and the exhibition was curated by Memos Filippidis. Other exhibitors included Diller + Scofidio and Lewis Tsurumaki Lewis.

To read about the history of the FIX building visit this link. 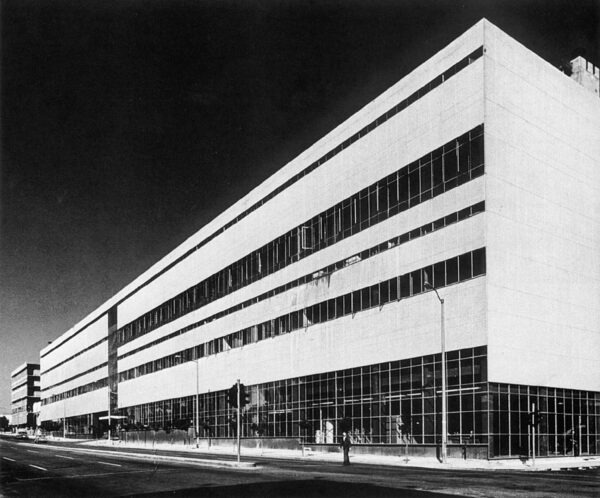 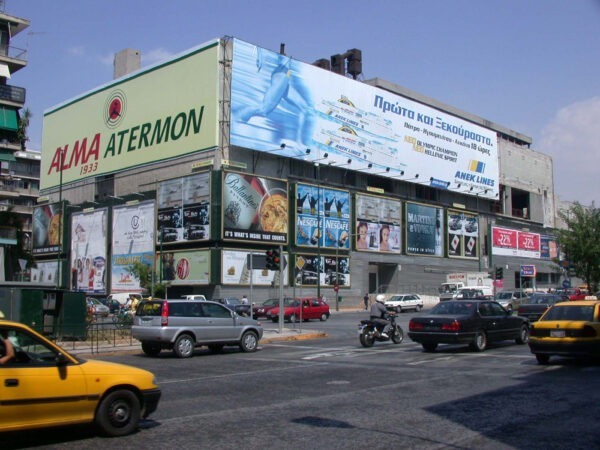